The Future of Research and Innovation in Australia 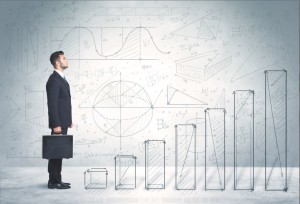 A federal election approaches and, with it, a window of opportunity for propitious conversations about potential future directions for Australia as a polity, a society, a culture, an economy. Most recently, public jargon has been littered with references to innovation, digital disruption and collaboration. Conversations have predominantly been led by Malcom Turnbull and the release of the Innovation Statement in December 2015. However, the Australian Parliament’s Trade and Investment Growth Committee have also just released a report exploring Australia’s innovative future.

The report, titled Inquiry into Australia’s Future in Research and Innovation, investigated how the research and innovation sector can better assist in conquering Australia’s key economic challenges. The fundamental points relating to the research and development (R&D) tax incentive explored in the report have been discussed below.

To begin with, a key concern emphasised in the report is the collaboration between universities and business. In reaction to this apprehension, the committee recommends that the Department of Education and Training review overseas models of university-business collaboration and consider which strategies could be introduced in Australia. The report revealed that several university bodies reinforced adapting the R&D tax incentive scheme to embolden greater cooperation between businesses and universities.

Nonetheless, the report noted positive growth in regards to research spending. In specific, the report outlines in 2015–16, the Australian Government spent $9.7 billion on science, research and innovation. Of this, the R&D tax incentive measures amounted to $3.2 billion. Professor Roy Green stated that the R&D tax concession had ‘increased from about 15 percent to about 30 percent’ of the overall research and innovation spend.

Thus, as noted above research and development occurs in universities and in businesses – but there remains little connection between the two. Cultivating a partnership between businesses and universities is important and could certainly help bridge the gap between research and proven technology. University and corporate partnerships, driven through tax breaks or other integrated models, could ensure investment in research and innovation in Australia does not get left behind in a competitive international market. Nevertheless, the increased spending on research outlined in the report, as well as the release of the $1.1 billion National Innovation and Science Agenda, indicates that Australia is observing an improved focus on innovation.

If you’ve invested in Research and Development(R&D), contact us today to see if your eligible for the government’s R&D Tax Incentive.