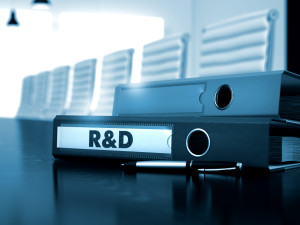 Historically, the R&D tax incentive was formed with a key goal of making government investment for innovation more attainable to small businesses.   In particular, the aid of a refundable tax offset has helped to considerably alleviate the risk. However, in May 2015, the government proposed a Bill that would cut the rate of the R&D tax incentive and would act on a retrospective effect from 1 July 2014. Thus, over the last 18 months, the bill has been overshadowing the innovation network in Australia and has contributed to business uncertainty around the program.

However, this week it was announced that the proposed 1.5% cut to the R&D Tax Incentive under the Tax and Superannuation Laws Amendment (2015 Measures No. 3) Bill 2015 will not ensue. On April 17 2016, the Bill before the senate lapsed and will not be going ahead.  Had the Bill conceded, the R&D tax incentive rates would have decreased for large companies by 40% to 38.5% and for smaller companies (with turnover under $20 million) rates would have dropped from 45% to 43.5%.

Despite the fact that the R&D Tax Incentive remains the same today, the news is somewhat eclipsed by the review of the scheme that is currently underway. Nonetheless, the lapsed bill is hopefully a sign of an ongoing commitment to R&D across all political parties. Fundamentally, companies need a steady legislative policy to provide them with the assurance to make long-term choices in expectation that funding will be available. Likewise, the OECD has also warned against R&D tax policy reversals:

“For countries that have experienced a large number of R&D tax policy reversals, the impact of R&D tax credits on private R&D expenditure is greatly diminished. It is therefore important that governments do not repeatedly tinker with such policies to minimise policy uncertainty for firms.”

Overall, evidence reveals that Australia should conserve the R&D Tax Incentive and resist additional fluctuations to the program if we wish to remain a globally competitive and attractive location for R&D. As described earlier, hopefully the lapsing of this Bill is an indication of what will also be reflected in the findings of the recent review.

Contact Ausgrant today if you would like more information about the R&D Tax Incentive and if your company qualifies.